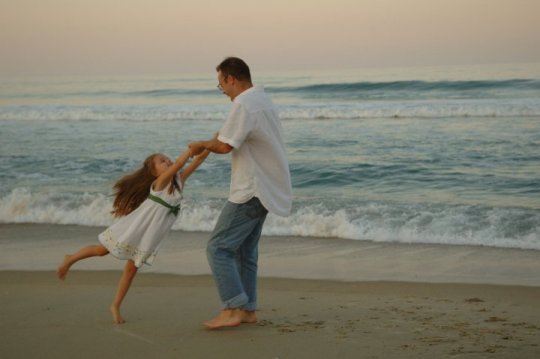 Once upon a time, living somewhere between the Kingdom of Competition and the Kingdom of Compassion, there was a five-year old, brown-eyed girl who had an eight year old brown-eyed sister. Both little girls were pretty little girls, as little girls go, but the five-year old girl had it stuck in her brain that she might be just a teensy, weensy bit prettier than her older sister. Perhaps a careless adult, dropping a casual comment had influenced her thinking. Regardless of how or by whom this idea came to her, people called older sister a skinny tomboy. People called little sister pleasingly plump. A complement indeed, little sister decided, what with the word “pleasingly” and all.

Older sister rode with Daddy on his tractor all over their forty-acre farm. Little sister much preferred to stay indoors telling stories to her dollies. Older sister never worried much about clothes. Little sister, on the other hand, absolutely adored frilly dresses with lots of lace. Not that she had any, mind you. Most of her dresses were hand-me-downs from older sister or practical dresses that Momma sewed. 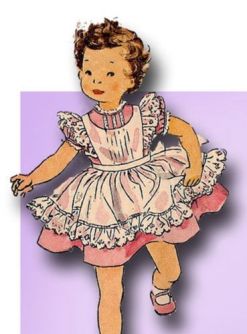 There came a day, however, when both sisters needed new dresses. Summer had come and last year’s dresses just wouldn’t do. Older sister was sick in bed. Momma was too busy to shop, but Daddy had time, at the end of his work, to take little sister to town. Thrilled to the core of her pleasingly plump, prissy soul, she rode off with Daddy.

As they entered the store, Daddy took her hand. “Now, honey, pick any dress you want.” His voice sounded happy and eager to please. She could scarcely believe her good fortune.

A pink dress hung in the window. It had puffed sleeves and a satin sash. It was covered in lace.

Delighted, Daddy asked. “And which one do you think your sister would like?” 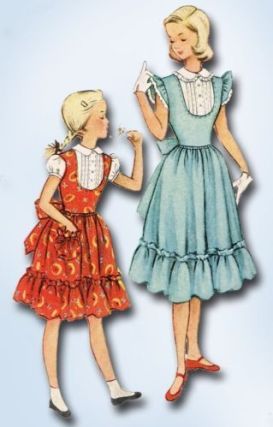 Hurriedly skimming over the rest of the dresses, little sister pointed to a plain blue dress with an ugly white bib and not one piece of lace.

“Yes, let’s get her that one.” Her smug little smile came deep from within the Kingdom of Competition.

Needless to say, older sister, tomboy though she was, cried in dismay when she saw her choice.

“I’m sick and couldn’t go shopping. It’s no fair! You wanted to be prettier, so you got me the ugly dress.”

Little sister knew it was true. She now owned a frilly dress that gave her no joy.

Little sister did not realize that there exists an entire world of brothers and sisters who cannot believe that their Father’s kingdom has enough of his favor to go around. They can’t believe that there is abundant love for siblings of every nationality and religion. Like herself, they want all the kingdom’s goods, all the pretty dresses, for themselves. So they spurn and hate the marginalized, the older sisters sick in bed. Driven with fear, greed, and anxiety they accumulate until they will kill to protect their territory. Sibling rivalry keeps them from the Kingdom of Compassion.

Fortunately, little sister found freedom. She began to seek first her Father’s kingdom. It took years for her to understand that the Kingdom of Compassion has no scarcity. Her Father only wants to pour out love, without measure. She is still amazed that it truly is his good pleasure to give this kingdom to her and to all her brothers and sisters. Now, because of his good pleasure, she lives happily ever after. 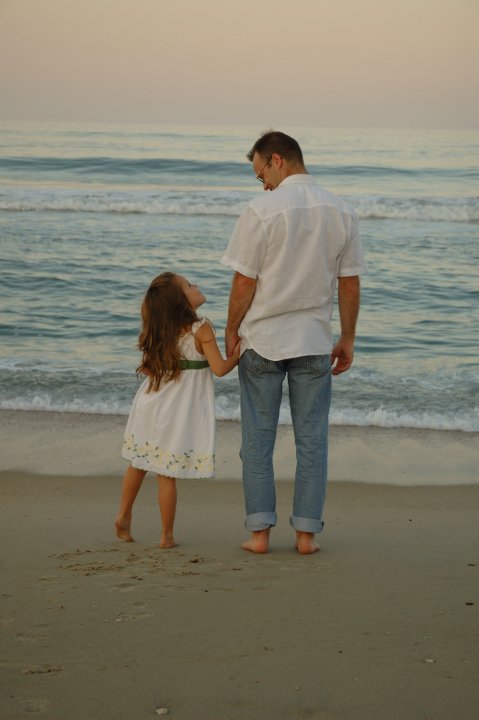 For deeper contemplation of this concept, little sister invites you to take a few minutes to listen to this podcast.

If you have a story of how you have experienced the Father’s pleasure in giving you the kingdom, please share here.